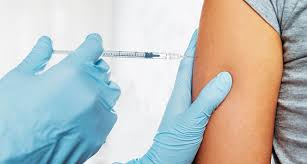 Below is the first part of my write-up on VACCINES. Just to give some background info👇

Inoculation has been part of human history. It is part of the natural process employed in nature to prime or help us develop immunity against rampaging and ravaging disease-causing germs. Even the birthing process of a baby through the mother’s birth canal inoculates the baby with micro-organisms in the birth canal to help the baby start developing immunity. When babies start sitting and crawling, they pick up stuff and put them into their mouth, thereby unknowingly inoculating themselves with germs that help prime their immune system. Insect bites in the environment too contribute to natural immune development in humans. So, the whole idea of inoculation is not strange to nature. The idea of vaccines and vaccinations was based on the above simple everyday natural process.

Over the years, in the history of vaccine development and vaccination, scientists have learnt a lot and have been able to develop different types of vaccines as follows:

A weakened (or attenuated) form of the micro-organism that causes the disease in question (such as a virus or bacterium) is used to make this type of vaccines. Examples of Live-Attenuated Vaccines are:
• MMR (Measles, Mumps, Rubella) combined vaccine
• Rotavirus Oral Vaccine
• Smallpox Vaccine
• Chickenpox Vaccine
• Yellow Fever Vaccine

These types of vaccines have been found to create more lasting effects in the body because they are made from the actual natural micro-organisms that cause the disease. For example, the effect of the YELLOW FEVER VACCINE is said to last for at least 10 years. Some scientists now even believe that it may be longer.

People with a compromised immune system or those on immunosuppressive medications and those who have had an organ transplant are typically advised against taking a live-attenuated vaccine.

Inactivated Vaccines do not provide as STRONG and LONG protection as Live-Attenuated Vaccines. That’s why booster doses are often required at intervals.

This type of vaccine is made from a fragment or piece of the disease-causing germ such as its protein, sugar, or capsid (a casing around the germ).

This type of vaccines have been made for:
• Hepatitis B
• HPV (Human Papilloma Virus) Hib (Haemophilus influenzae Type B
• Meningococcal Disease
• Pneumococcal Disease
• Shingles
• Whooping Cough

Because this type of vaccines are made with only fragments or pieces or specific parts of the micro-organism, they are said to be better tolerated by the immune-compromised than those made with weakened micro-organisms.

Booster doses are also needed for this category of vaccines.

Examples of Toxoid Vaccines are those made for:
• Diptheria
• Tetanus

Booster doses are often required for these vaccines as well.

To understand what a passive vaccine is, we must first of all explain what an active vaccine is. An active vaccine is a vaccine that is administered to a person in order to stimulate the body to mount an immune response by generating antibodies against the disease-causing germ. So, all the types of vaccines we have discussed so far in 1 to 4 above are ACTIVE vaccines.

A PASSIVE vaccine however is not supposed to cause the body to generate its own antibodies. Rather, the antibody that has already been produced by those who have been infected and recovered is harvested and used to make the passive vaccine. This specific antibody is then injected into the body of another person to boost the recipient’s immunity.

Indeed, theoretically, a passive vaccine can be made for most infectious diseases by harvesting the antibodies from the blood of those who have been infected and have recovered. The effect of passive vaccines only lasts for a very short period, say, a few weeks to 3 or 4 months at most.

Both active and passive immunity can be natural or acquired. For example, if a person is infected with the SARS-COV-2 (COVID-19) virus and recovers from it, the person would have developed some amount of NATURAL IMMUNTY against the virus. However, if there is a safe and potent COVID-19 vaccine or pharmaceutical drug given to an individual to engender an immune response to the COVID-19 virus, then that would be classified as an ACQUIRED IMMUNITY. Also, if a pregnant woman transfers her maternal antibody across the placenta to her foetus, that would be a NATURAL passive immunity for the baby that will protect the newborn for several weeks to several months after birth until the baby begins to develop her or his own immunity. Similarly, a mother can also pass antibodies (passive immunity) through her breast milk to her baby, particularly through her COLOSTRUM (the first milk that she produces).

In recent years, new vaccine technologies have emerged to produce mRNA and DNA vaccines such as RECOMBINANT VECTOR VACCINES or PLATFORM-BASED VACCINES. Vaccines of these types have never been approved for human use as at 2020. About 20 out of the almost 100 vaccine candidates submitted to the W.H.O. for trials for COVID-19 in the year 2020 were of the mRNA type. A few of them have been given the EUA status (i.e. Emergency Use Authorization status) for COVID-19 use, but, to the best of my knowledge, none of them has been given full approval yet. These include Pfizer/BioTech’s & MODERNA’s COVID-19 mRNA vaccines. These vaccines are therefore technically currently EXPERIMENTAL VACCINES. This is the reason it is not supposed to be mandated but made voluntary, in my well considered view. To mandate everybody to take an experimental drug or vaccine is to turn the whole population of the world into guinea pigs for one huge global experiment.

AstraZeneca’s vaccine, developed by the University of Oxford in partnership with the British-Swedish company ASRAZENECA, on the other hand, is not an mRNA vaccine. Rather, the gene of the CORONA VIRUS (SARS-COV-2) spike protein is inserted into another virus, called an ADENOVIRUS, that typically causes cold and flu-like symptoms. They used a modified version of a CHIMPANZEE adenovirus known as ChAdOx1 that can enter into human cells but can’t replicate inside the human cell. India now has her own version of the ASTRAZENECA vaccine, known as Covishield. This is the version that has arrived and is in use in Nigeria now, I believe.

Some scientists believe that mRNA vaccines should not even be classified as vaccines because they do not fit the classical definition of a vaccine. Such scientists have classified the mRNA vaccine as a “medical device”, a “synthetic chemical pathogen” and such similar names. The reason being that the mRNA technology uses a SYNTHETIC material that is wrapped up in fat to enable it easily cross the cell membrane into the cell to teach the cell to make viral spike proteins so that our immune system will then respond to these proteins. The fat used to create the liposome is PEG (PolyEthyleneGlycol), which has been alleged to be responsible for the cases of anaphylaxis or severe allergic reactions that have been reported by some who took the mRNA vaccines.

By the way, mRNA research has been on for almost 3 decades now. However, all animal studies carried out and reported in the scientific literature did not turn out as well as theorized and hypothesized. How and why it is now suddenly being deployed on a massive scale in humans is one of the reasons for the suspicion and distrust that have greeted it.

I will come your way again soon.

The Many Health Benefits of Avocado By Dr. Joseph Mercola

We have been commissioned by God to raise a HOLY, HEALTHY & HIGHLY SUCCESSFUL people. With a passion and zeal for the lost and hurting world, our church is looking for ways to build bridges to a cynical and jaded society. We aim to take a different approach in reaching out and helping people along the journey. We stress cultural relevancy and utilize all media and means to communicate the TSF church message.